Anything that doesn't fit into the subject of other forums goes here. Guns, drugs, religion, politics whatever. No flames!

bleez wrote:I was disappointed too. I like Sam Keith and I was alright with his work in these books, but it is very hard to live up to the Biz. I did feel like the story and the dialogue could have been written by anyone. It actually made me feel like I should write a Lobo fanfic, 'cause I can do at least gooder than that.

I was actually going dangle some sort of threat for any blasphemous mention of Nick and Lobo in the same sentence again as I knew would be forthcoming, but I'm gonna have to full on agree with ya here. Nick as Scott Ian! Bravo! He so deserves it.

~ And yeah, I'd have no problem either hitchin' up my big girl thong and spewing The Last Czarnian proper-like!
I made the Devil do it.
Top

Evil Red wrote: *kicks dirt and grumbles about being in love with 2-D characters'*

BTW, you a Sarah could start a support group.
[font=Impact][size=100]Bleez - SOLACE IN BLACK and BUTTAFÜKO[/size][/font]

bleez wrote:BTW, you a Sarah could start a support group.

*drools*
I made the Devil do it.
Top

Roland? His tower obsession is obviously symbolic of his love for penises.
[font=Impact][size=100]Bleez - SOLACE IN BLACK and BUTTAFÜKO[/size][/font]

bleez wrote:Roland? His tower obsession is obviously symbolic of his love for penises.

That's just one more reason why we're perfect for each other. Fuck you.

Greg? Did you read them yet?
I made the Devil do it.
Top

These are my newest pride and joys in comic-land. His first new comic in 20 years! Clive Barker's one shot only, A & B Covers in 3-D!!! sweet!
my next foray is backwards in time:

mickey brown-eye wrote:Finished The Wastelands and Wizard and Glass ans I'm onto Wolves of the Calla.
The Dark Tower has successfully sucked me in again. It's like crack.

The universe has been funneling me back onto the path of the beam as well! I've got a ton of the DT comics (that I've decided I don't like. They just make me hungry for the real story) and yesterday, the guy bloodwhoring next to me... I look over and all I saw was the chapter titled 'The Prisoner' and it was all over.

I've read I through IV atleast three times each already, so I'm going directly back to Wolves of the Calla. I've only read V - VII once. Ahhh... on the first page I got chills and suddenly felt like I was going home.

hodgy wrote:Just finished up this one. Loved it. One of his best.

Good to know. I love his books but I read the Fourth Hand and really didn't like it so I gave him a break for awhile. I will have to pick it up and give it a shot.
Top

Rainbow Brite wrote:Good to know. I love his books but I read the Fourth Hand and really didn't like it so I gave him a break for awhile. I will have to pick it up and give it a shot.

Just finished I Am Ozzy and have started the Anthony Kiedis bio.
[img]http://skafunkrastapunk.com/forum/images/avatars/18608562443ffba44ac18.gif[/img]
Top

I was standing in Border's a few weeks back and these kids came up next to me and were looking at the book (it just happened to be infront of me) and had the wierdist 'Who's on First' type of conversation about the title. "There's Ozzy's book!" "Yeah, but what's it called?" "I am Ozzy." "I know he wrote it, what's it called?"

Evil Red wrote:I was standing in Border's a few weeks back and these kids came up next to me and were looking at the book (it just happened to be infront of me) and had the wierdist 'Who's on First' type of conversation about the title. "There's Ozzy's book!" "Yeah, but what's it called?" "I am Ozzy." "I know he wrote it, what's it called?"

Yeah, I was pretty amused.
I made the Devil do it.
Top

Just finished Wolves of the Calla now taking a break from The Dark Tower for another Epic:
I've read The Inferno a few times so it is straight on to Purgatory

I've decided that it's just too much work dicking around with getting the laptop out, booting it up, and then finding a confortable position to work in whilst wedged between the sweaty, farting, bovine fleshbags who inevitably sit next to me on my regular 2-hour flights to Vegas, so I decide to go back to dead-tree entertainment.

So far, I've just picked up whatever has been available in Hudson News. King's "just After Sunset" was the first. Now I'm part of the way thru "Shutter Island". Since I only read books when I'm flying and I only fly about once a month, it's taking awhile to make any progress

I just finished The Dark Tower V, VI and VII much to a heavy heart at losing my favorite ka-tet again... for now.

Hate the religion and pity the believer.
[img]http://i8.photobucket.com/albums/a50/VishDonkeyPunch/thlohanboobies.gif[/img]
Top

mickey brown-eye wrote:Done with purgatory and now on to the final chapter of The Divine Comedy Paradise

With one of very favorite artists; Gustave Dore'.

Yesterday I FINALLY, after meaning to pick up a copy for most of my life, went and bought a copy of Daphne du Maurier's 1938 novel; Rebecca. Has anyone else read this?

I've seen Alfred Hitchcock's 1940 film of the same title with Laurence Olivier and Joan Fontaine (one of my favorite old-school actresses) about 90 bazillion times and it includes one of my all time favorite villainess's; Mrs. Danvers played by Judith Anderson.

I thought for being a 72 year old story it might be sort of a hard read with the time period's use of language, but for being a good 25% into the story already, oddly enough I'm fairly amazed that with the exception of a reference to a gramophone and a lorgnette (which I recognized in the context of the story, but didn't know it's name or correct pronunciation without looking it up) amazingly, this story could have been written present day. So far, the movie has followed the book perfectly!

Infact, as I read the first page, I could hear Joan Fontaine's opening movie lines as she narrates the first few pages. Fucking awesome.

As an interesting cross-over for Stephen King fans that arn't as familiar with the book or movie, his book Bag of Bones constantly refers to the opening line and often quoted "Last night I dreamt I went to Manderley again" as well as Mrs. Danvers, the sinister housekeeper. I about shit my pants when I found out he is afraid of her too. She's been one of my favorite spookey & icy, yet subtle, bitches all my life.

I always wanted to see Mrs. Danvers and Nurse Ratched teamed up in a catfight. At the least, it'd be the world's most iciest and longest staring contest ever. 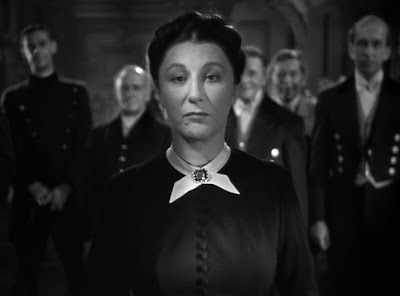 Hot damn, I'm so excited to have finally picked this up and to have it be such an awesome read! YEAY!
I made the Devil do it.
Top

And am halfway though this:

I want to have lunch with both of them together.

I made the Devil do it.
Top
Post Reply
269 posts

Return to “Run Your Mouth”